Massive Home Lab refresh happened this week.. Took some old servers out, put newer ones in (finally upgraded some old 32 bit boxes to 64 bit boxes), moved services around and consolidated stuff in docker. Freed up some pi's for other projects. It was a good week.Finally have some solid infrastructure in place to really experiment and tinker with now...

All this Python packaging is new to me so I hope it works.

Got to do some night fishing for the first time this year and pulled this guy in. First carp I’ve ever caught.

Question: March last year, a new version of the control software for the DV4mini was released, along with firmware, allowing converting the mini to a MMDVM based hotspot. Anyone played with this yetand/or gotten it to work on an Ubuntu 21.04 system? I am running Kubutnu 21.04. I have updated the firmware but dv_serial keeps crashing on Linux. I installed wine and mono and 64 bit C++ framework, tried giving ttyACM0 777 privledges and ran everything as sudo, but it still keeps crashing.

Still very beta but I'd love to hear some feedback.

I just pushed Version 5.0 of APRSNotify to GitHub. This release includes the addition of Discord as a supported Network and updating the configuration utility to a Flask app to allow for the use of a web browser to configure the script. Check it out at https://github.com/n8acl/aprsnotify. #APRS

So for the guy who about 20 years ago failed out of college who swore he would never go back to school, yesterday I graduated with a Masters degree in Computer science... I know not so humble brag, but It is an accomplishment I am a little proud of... :)

Nothing like spending 3 days reloading a laptop.... That was a PITA...

Whelp for those who have not yet seen. Hamvention has been canceled again for 2021

Work on the newest version of APRSnotify is progressing. I am working on one of the last big pieces. The new version is going to have some new features with sending to Mastodon and others. Hopefully I will be ready for release soon. In the mean time, if you want to see an example of it working, check out n8acl_aprs@botsin.space or @n8acl_aprs on twitter. The current version is at https://github.com/n8acl/aprsnotify, but with the new version coming, I would wait to install it.

Happy New Year! At least for me here in the US....

Me: Yeah the movie was cute but it had a lot of plot holes

My wife: you’re a plot hole.

Me as my wife and step son are dying laughing: Um... I’m not sure that’s the correct use of the term but ok.

Merry Christmas to all who celebrate it. And to all a good night. :)

HI Kevin! Yes I have been building those kind bridges for a while. At one point I was the admin for a system that had everything but d-star connected to it. It was pretty cool. Sadly that group folded, but I still playing with that stuff. I have been working on a bridge for one of my local clubs in fact. We have a DMR to allstar bridge right now, but will hopefully be adding more as time permits.

HI All, Jeff, N8ACL here. Been licensed since 2001. By day I am a database developer and by night I am a dad. I am mostly now into digital voice modes like DMR, and VOIP modes like Allstar. I also do a little development on the side for fun. I have a python app I created called APRSNotfiy that posts your APRS packets to Social Media (soon to include Mastodon). Just gotta finish setting up my profile now :) #introduction

hamradio There is nothing here!

linux There is nothing here! 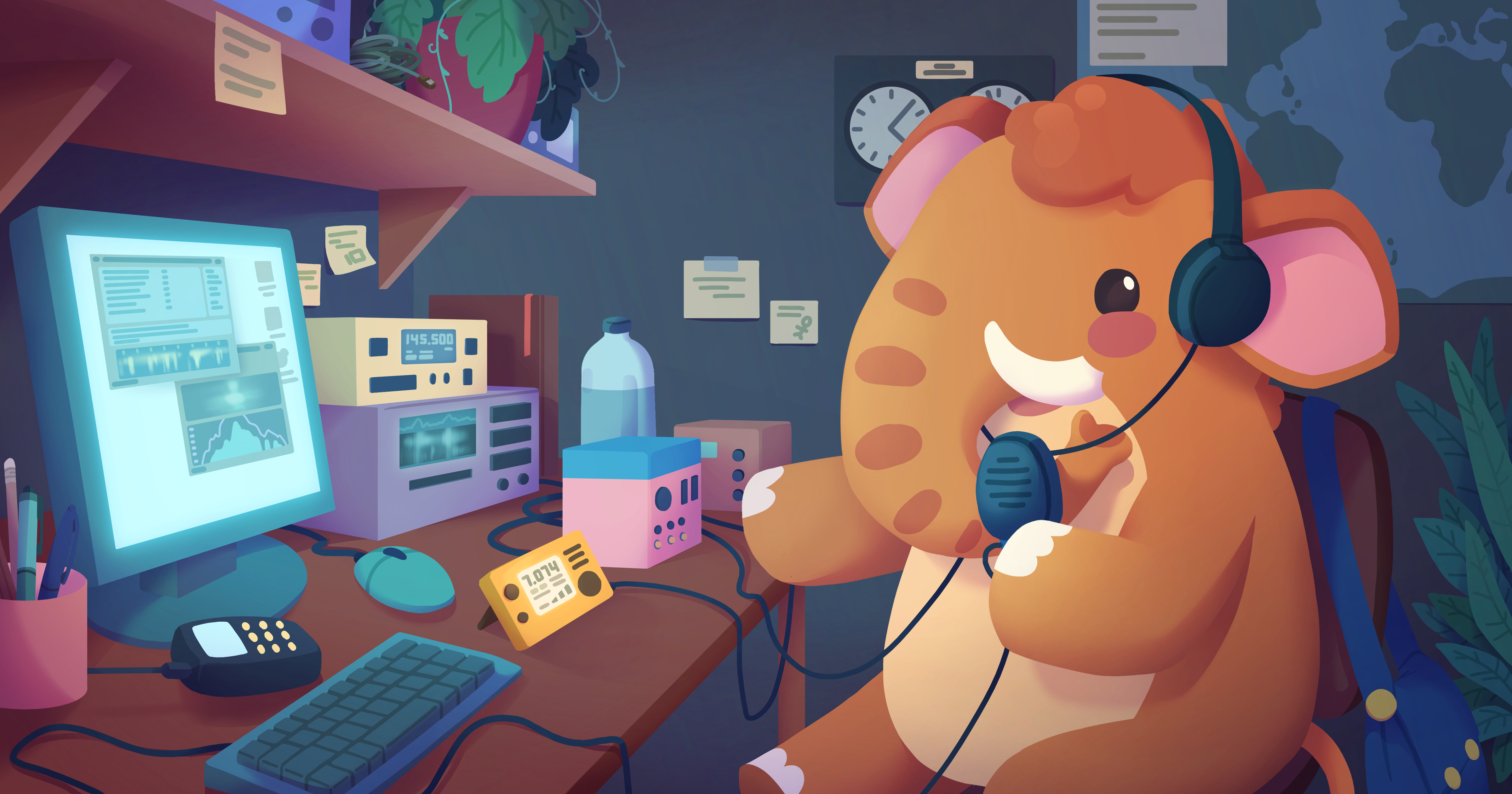